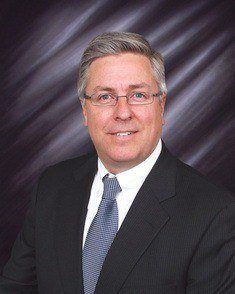 Peter graduated from the College of the Holy Cross in 1986. Peter obtained his Juris Doctorate from the Dickinson School of Law in 1990.

Peter was initially associated with the law firm of Winne, Banta, Rizzi and Basralian in Hackensack, New Jersey, before joining his father and uncle in their Wayne law firm in 1993. From 1993 to 2017, Peter worked with his family members concentrating his practice primarily on estate planning, estate and trust administration, probate and real estate.

Peter now focuses his practice in the areas of estate planning, involving wills and trusts, probate proceedings and estate and trust administration. In addition to guiding his clients through their cases, Peter has also been appointed by the Court to serve as Temporary Administrator in will contest matters.

Loans Secured by Private Mortgages Estate Planning Consideration for Children from a 1st Marriage The Benefit of Five-Year Trusts Commitments and Guardianships Watching Caregivers Via Cameras Living Wills, POLST Forms, DNR, DNI and DNH Orders The Differences Between an Eviction and an Ejectment New Jersey's Qualified Income Trust What is the Purpose of Estate Planning? Estate Planning for Young Adults View All Articles